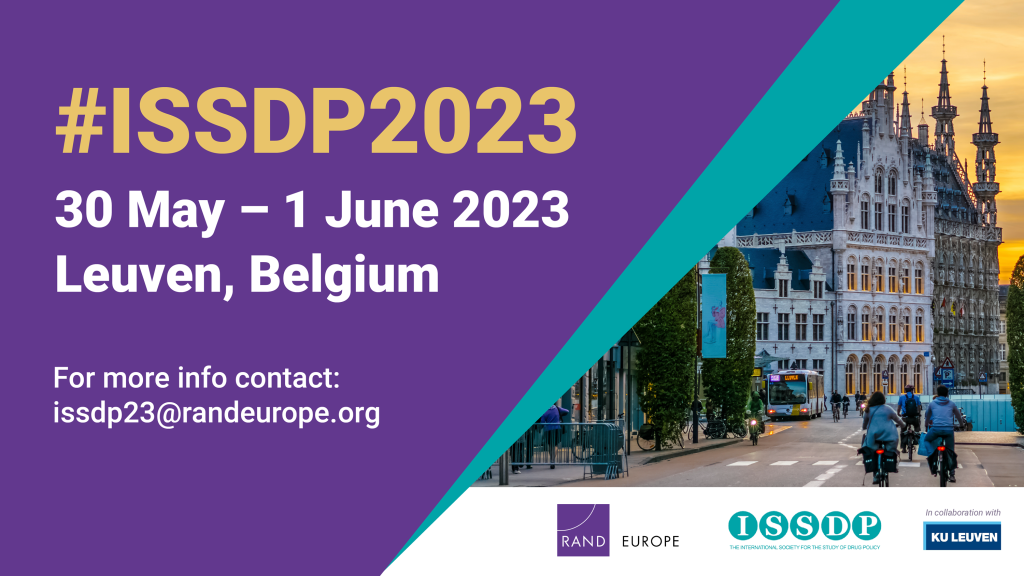 More information about the conference will be published soon. 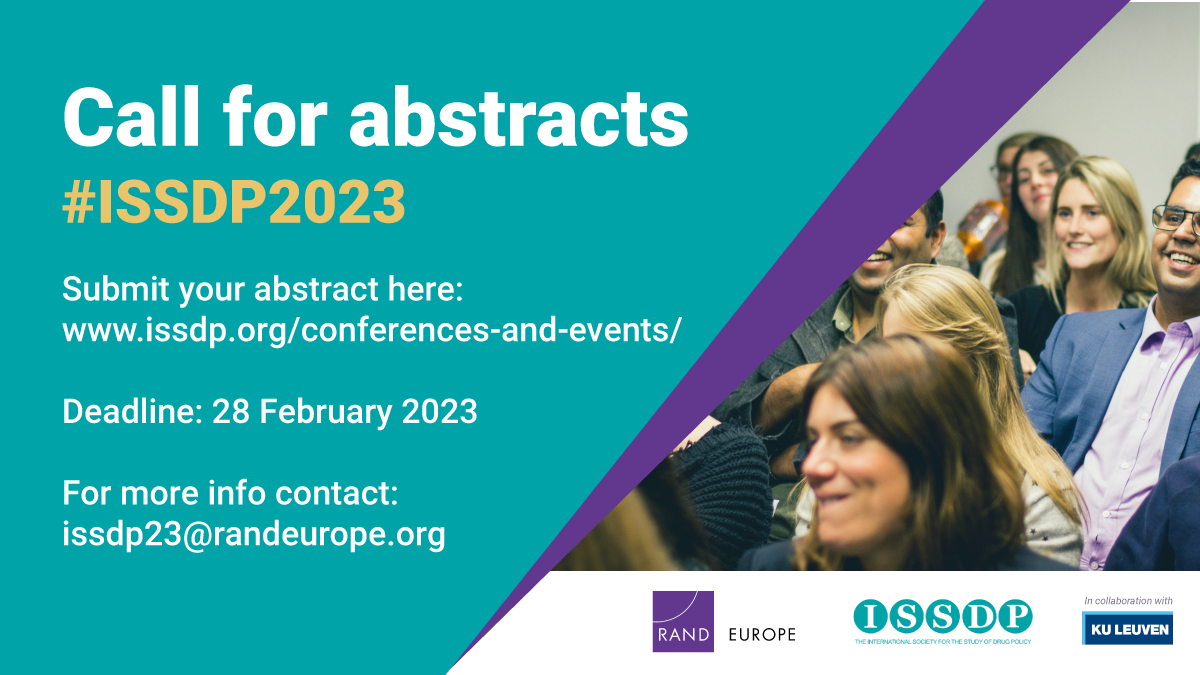 Abstract submission for the 16th Annual ISSDP Conference is open until 28 February 2023.

RAND Europe is a not-for-profit, nonpartisan policy research organization that aims to improve evidence-based policy and decision making through high-quality research and analysis. With offices in Cambridge, and Brussels, the organization provides research services to governments, foundations, charities, universities and companies across the globe, with a particular geographical focus towards the institutions of the European Union, European states, and the United Kingdom. RAND Europe conducts research across a wide array of policy contexts and areas, including policing, criminal justice, education, drug policy, employment, population and migration, international development, health and wellbeing, defense and security, and scientific and technological innovation. The organization forms the European arm of the RAND Corporation, sharing its mission and values.

KU Leuven is a renowned university based in central Leuven, Belgium, with 12 satellite campuses across the country. Ranked as one of the top 100 universities in the world, the university has 60,000 students enrolled across 15 faculties and departments, and provides research and teaching in English and Dutch across 3 major thematic groups: Humanities and Social Sciences; Science, Engineering and Technology; and Biomedical Sciences. The university is known for its international research output, ranked consistently as one of the most innovative universities in the world. As Belgium’s oldest university, KU Leuven is further recognized for its unique Renaissance-style architectural beauty, with its oldest buildings – such as the University Hall – dating back over six centuries to 1317.

The central Belgian city of Leuven is known for its rich cultural heritage and gothic architecture, with its origins dating to the 9th century. Modest in size, the city is highly pedestrianized and locations in the city center –including two UNESCO world heritage sites – are walkable. With Leuven lying just 16 miles to the east of Brussels, the city is easily accessible by a 15-minute train ride from Brussels National Airport, which itself holds many direct international connections from other major cities across Europe, North America, Asia, and Africa. As a university city with a substantial student and researcher population, the city’s economy focuses on research, particularly in the areas of health, technology, and scientific innovation. Through its university city status and industrial foundations in brewing, Leuven additionally is known for having a vibrant evening atmosphere. The city is furthermore regarded as highly sustainable, winning the European Green Leaf award in 2018 and making landmark achievements and pledges towards environmentally sustainable growth and living.

About The Town Hall of Leuven – conference reception

The reception for the 16th annual conference of the ISSDP will be hosted in Leuven’s landmark Town Hall, built over 30 years in the mid-15th century and instantly recognizable for its Late Gothic architectural style. The Town Hall sits in the Grote Markt – Leuven’s main square – and is directly opposite Saint Peter’s Church. The Town Hall housed administrative bodies of Leuven until 2009, and is now primarily performing a ceremonial role in the city. Registration for the reception will be possible through the ISSDP website shortly. 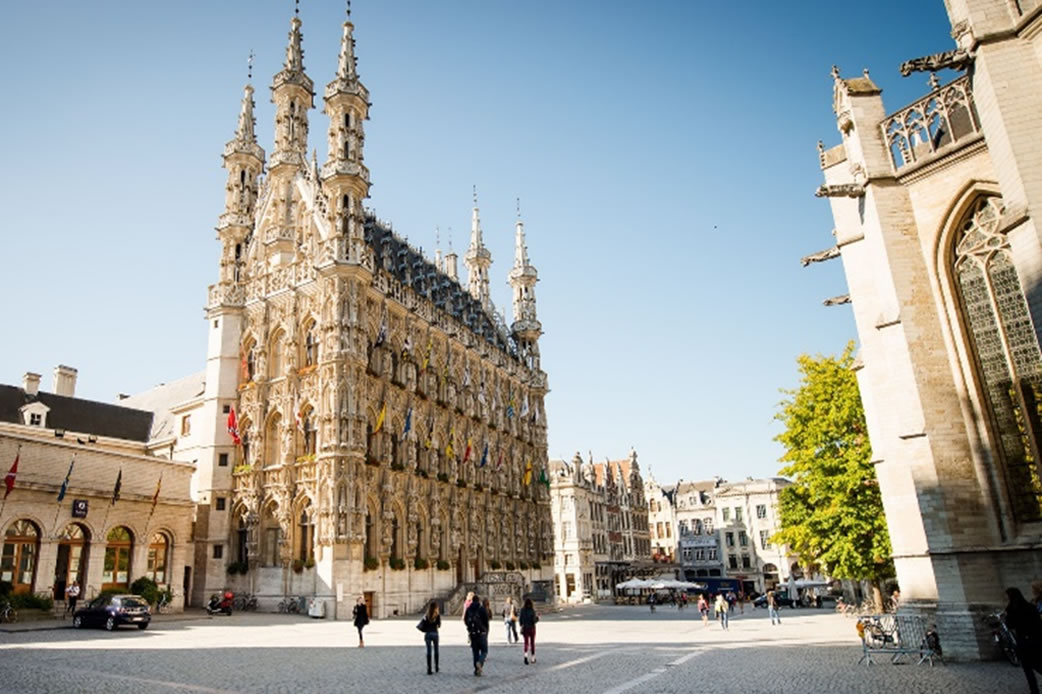 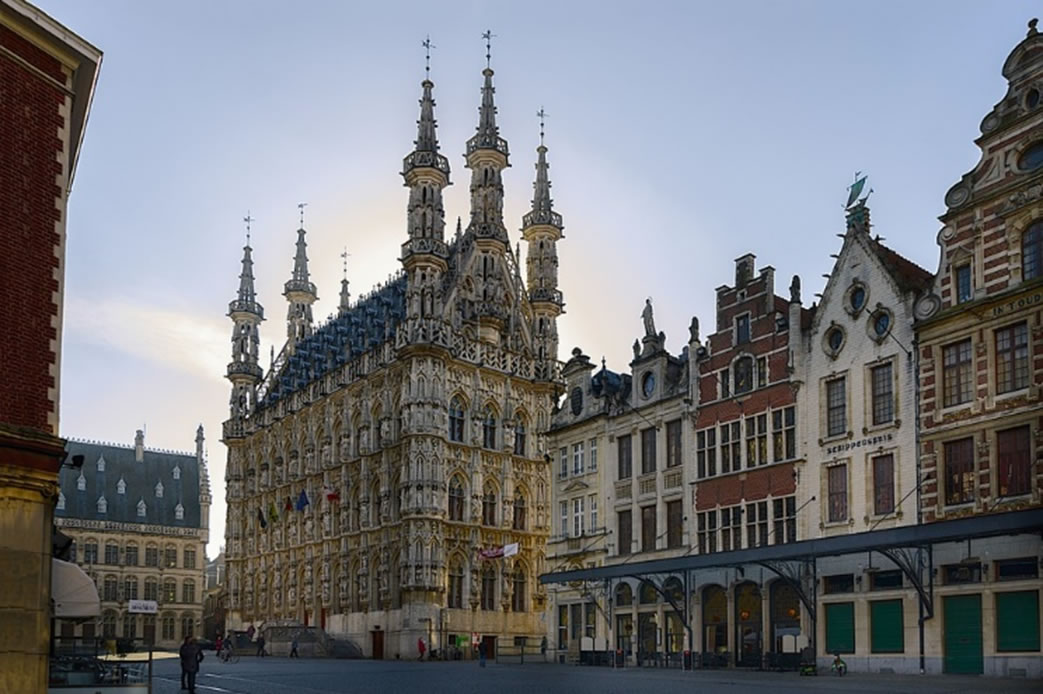 The Call for Abstracts is open until 28 February 2023. Details on the abstract submission process will be emailed to ISSDP members and posted to the ISSDP and RAND Europe websites.

5. Drug policy making and the use of evidence
E.g.: role of the EU and Pompidou Group in European drug policy; opportunities for (evidence-informed) policy reform; policy making from global, regional, national to local; the history of prohibition.

Quantitative or qualitative papers in other areas are also welcome. The terms ‘drugs’ should be interpreted broadly to include any intoxicating substance used recreationally or misused medically, as well as the diversion of legal chemicals used in the production of psychoactive substances.

More information on the dinner will be made available soon.

Registration will be launched soon – watch this space for further information.

The details of the Scientific Program Committee will be made available soon.

Information about discounted rates at hotels in Leuven will be made available soon.

A guide to our conferences

ISSDP has partnered with MemberClicks to create an administrative and communication system for its membership.

To update your portfolio and log in please visit:
https://issdp.memberclicks.net/login#/login

Regular (voting) membership of the ISSDP is open to all scholars, analysts or researchers in the field of drug policy research. Other interested persons may become affiliate (non-voting) members of the Society.